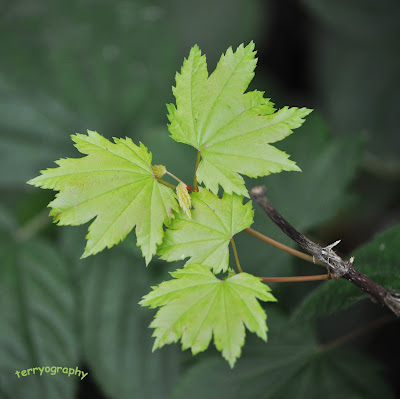 I struck out early this morning for a walk around the lake at Fishtrap. The sky was bright, but cloudy, and there was still a little moisture on the path as a shower had just passed through. I was enjoying the warm, yet fresh air and noting how the trees were undergoing a subtle change. The dry summer has stressed them and the leaves are falling prematurely, dry and crispy.
At the halfway mark, I thought I would sit at the next bench, around the bend, and just enjoy the calm and quiet of the early morning, with almost nobody else in the park. And there it was, a new bench! How convenient. I noticed immediately that there was a dedication plaque on the bench, and I was surprised to see a familiar name on it.
Mario was my dad's next door neighbour before dad went to the care home. He was a friendly and competent man who was the president of the strata council. Everyone knew and liked him. I got a call from him one day and he ended up contracting me to do some work in his suite. His wife told me of his health concern.
When he was a young man in the navy, and on shore leave in Hawaii, he was exhausted from overwork and his first day on the beach was spent sleeping. His friends covered him up to prevent him getting a sun burn, but failed to cover the soles of his feet.
His feet were so badly burnt he ended up in the hospital.
Now, in his early 60's, he was having bits of skin cancer removed from his feet on a monthly basis. It was a few months later that I met him while visiting my dad. He was walking with a prosthesis as he had just had his lower leg removed to prevent the cancer from spreading. He was in good spirits but told me that the cancer was not being held in check.
Fast forward to this morning, and I was sad for him and his wife. Strange how a seemingly innocent oversight in our younger years can take our life years later.
I only stopped for a moment at the bench, and walked on. I would sit at the next one, but have been thinking about Mario ever since.

Email ThisBlogThis!Share to TwitterShare to FacebookShare to Pinterest
Labels: Neighbourhod